I am so excited to introduce the newest member of my perfect little family to you all, welcoming Miss Becca Lynne Hawkins! 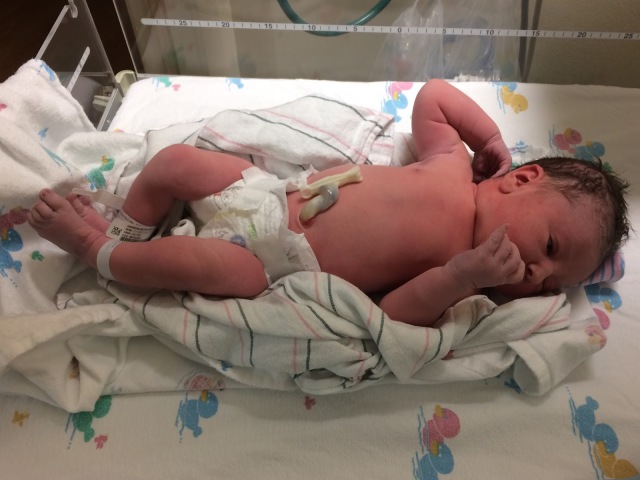 After going through a C-section with Henley, I was in no hurry to repeat the process, if there was no medical reason for it, and am happy to report that Becca was born via a very smooth and uncomplicated VBAC (vaginal birth after cesarean).  Labor started around midnight Sunday night.  We stayed home until 3:30 or so, waiting to see if it was indeed real labor.  Having never felt labor or even a contraction with Henley, I wasn’t sure if what I was feeling was labor or just incredible pain due to something else.  Part of my confusion stemmed from the fact that every contraction was focused in my back rather than across my bulging belly.  When we made it to the hospital we found out that Becca was facing up which was causing back labor (which is way more painful and intense than regular labor…three nurses and various other moms agree with me on this point!).  Once we were in the car I realized that no matter what sound I made or how loud I was, the contractions were going to hurt, I went completely silent.  Ty had the audacity to ask me if labor had stopped and if we should head for home.  I told him to stop asking stupid questions and to drive faster.

My water broke on the way to the hospital and the contractions continued to be fairly regular and intense.  I couldn’t believe we had to determine whether or not I was really in labor before I could be admitted to the hospital.  Obviously I was in labor!  As soon as the nurse gave her stamp of approval I was admitted and an anesthesiologist called to give me an epidural.  Having an epidural placed, which requires complete immobility by the patient, was excruciating but the pain-relief was so wonderful once the medication started to flow.  We spent the next couple hours with my leg hoisted over an exercise ball in an attempt to get Becca to flip around.  At 9:30 I was fully dilated and we started pushing.  She did turn and my epidural did work so we had a relatively easy hour of pushing every couple minutes and then our baby girl made her way into the world, screaming her little lungs out. 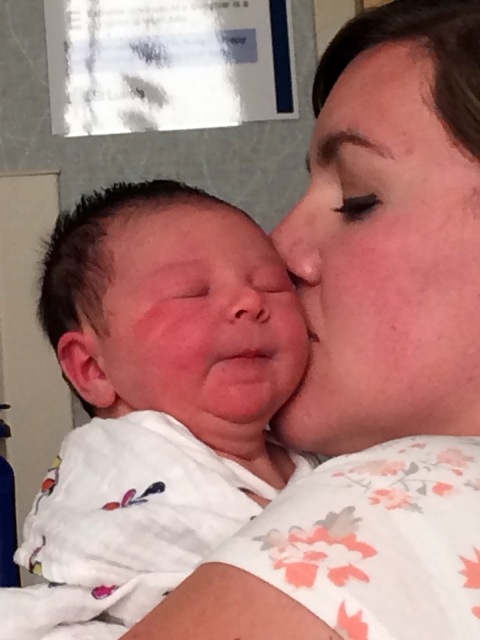 While my recovery from her birth has been monumentally easier than my recovery from Henley’s, the transition to having two children rather than one has kicked my butt.  Hence, we’re almost a month into this adventure and I’m just now finding time and energy to write about it.

Henley has been the best helper.  She loves Becca and is very protective of her.  She doesn’t like other people to hold her baby and is quick to find a binky for Becca if she starts to cry.

Overall, Becca has been a great baby.  She does, of course, wake up every couple hours at night to nurse, but she’s pretty consistent with her bedtime, wake times, and nap times which makes life so much easier for me.  Thankfully she has slowed down on her eating, for the first two weeks we were nursing almost every hour for about 30 min.  That’s right, nurse for 30 min. off for 30 min. and repeat. 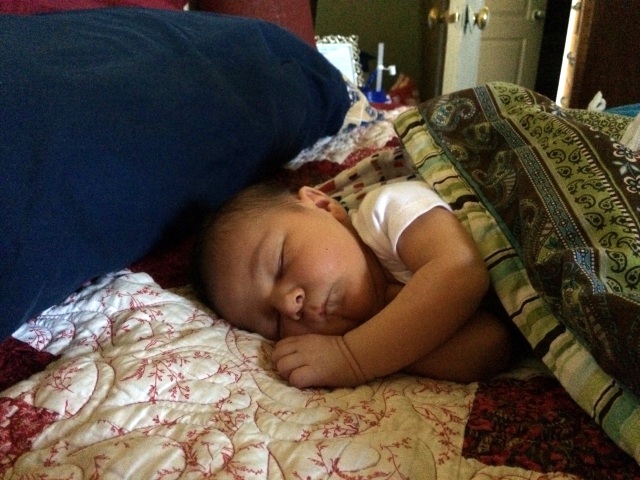 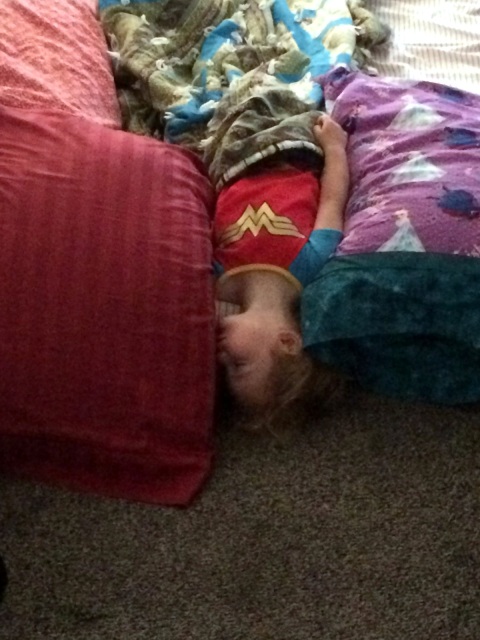 She loves tummy time.  And she can roll over.  At two weeks she showed us that she can roll from her tummy to her back.  As much as I’d like to say this makes me happy and proud, it really doesn’t.  I wouldn’t mind having at least one child who is lower-energy or lower-mobility, but I seem doomed to have high-energy, early-developing little people.

Becca’s four-week check-up was on Monday.  She weighs 11 lbs. 2 oz. and is 22 in. long.  In case you aren’t a new mom and don’t have a good grasp of babies weight gains, she has gained a ton of weight since birth!  She dropped to 7 lbs. 14 oz. several days after birth but since then, she has been gaining a pound a week or about 2.3 oz. a day.  That’s a lot.  She is a great eater! 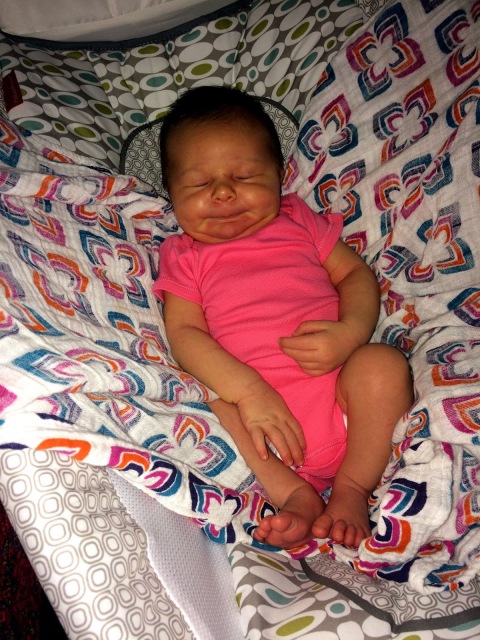 We love both our girls!  Henley loves being a big sister.  Becca really loves her mama, though she is starting to like big sister and daddy more too.  We’re adjusting to being a family of four and slowly coming back into a sense of normalcy around our house.