Mr. Rancher called this morning to tell me the good news of one of our cows having twins.  It’s not exactly good news actually when a cow has twins.  Cows are inherently good mothers, but only to one calf.  Beef cows in particular will only accept one of their calves, even if they have multiples, because they can only afford to feed one baby.  By afford I mean that since beef cattle live on range ground and have to walk long distance for food and water, their bodies can only produce enough milk to support one calf at a time. Dairy cows can be convinced to take more than one calf since they definitely have enough milk and they typically live in pastures close to home where owners can monitor the calf’s eating and make sure all babies are getting enough milk.

Our cow decided to keep her heifer calf, the one standing next to her.  Ty brought the bull calf home for me and Henley to bottle feed. 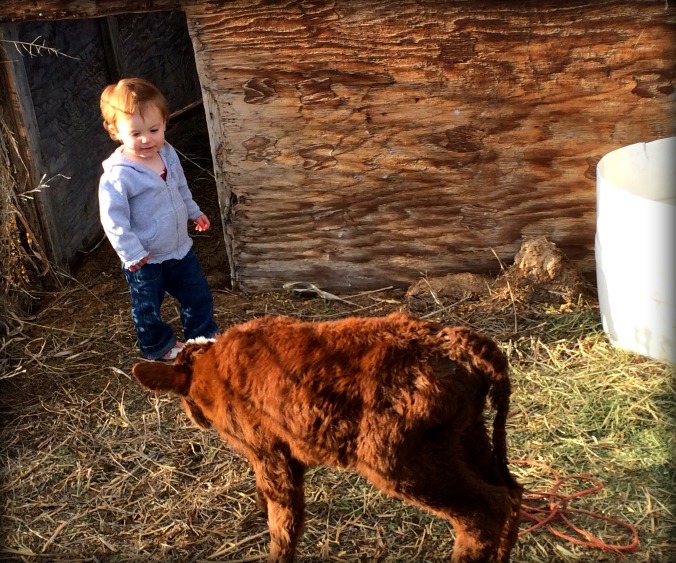 He has figured out that we bring him milk (well, colostrum) and that makes his tummy full. 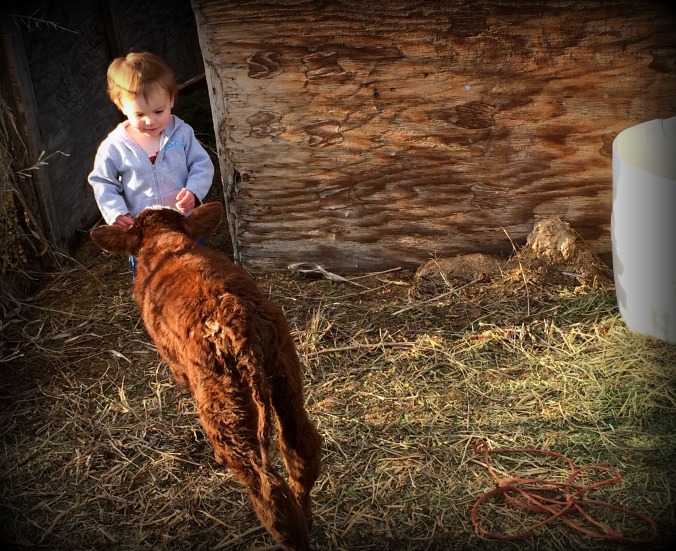 Henley loves to rub the calf’s back while he drinks his bottle. 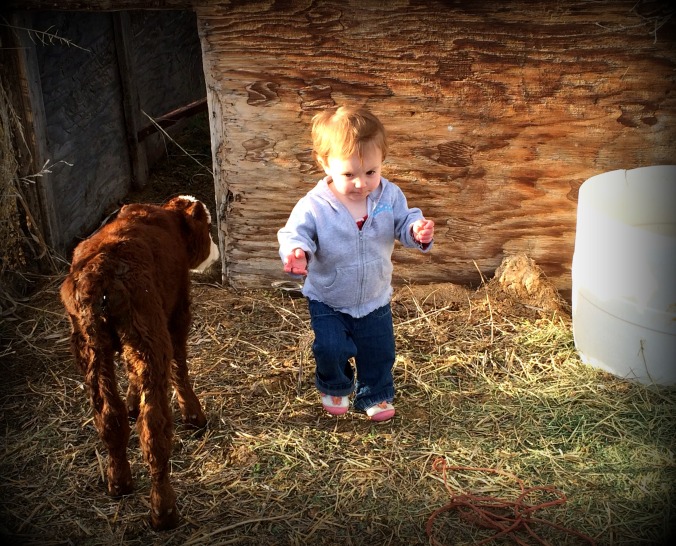 We are so hoping this calf makes it!  He is tiny but he walks well and drinks his bottles crazy fast.  Hopefully we can keep him going until one of Lexcie’s milk cows has room for an extra calf.