Mr. Rancher and I just bought our first 3X3 baler, yay!  Yay…I get to write a very large check for a piece of farm equipment…woohoo.  Large checks aside, we’re stoked to have our own baler now.  Almost have it, we still need to pick it up.  Anyway we made a spur-of-the-moment trip to Baker City, OR, yesterday to sign the papers and pay for the baler, and we did something completely out of character for us.  We actually spent some time in Baker rather than heading straight home.  Believe it or not, Mr. Rancher and I have actually been a few places–other than range land in the middle of nowhere–in our married life.  We really aren’t good at travelling though.  For one thing, we usually travel on business which means we have a goal to accomplish and once it’s done we really just want to go home and relax.  Example one: trip to Kalispell, MT.  We drove to and from Montana, with a four-month-old, in less than 48 hours.  To say that we were stressed on this trip would be a gross understatement.  Our entire livelihood was riding on the outcome of this trip, that coupled with little sleep and a ten-hour drive seriously limited our sightseeing desires.  So we drove to Montana, looked at the ranch, and drove home.  Not much else.

You can imagine my surprise when Ty suggested stopping at a museum in Baker to give Henley a break from riding in the car.  In my mind I was saying “Hallelujah! We’re actually going to do something not related to work!”  Out loud I think I said “Sure, sounds good to me.”  We ended up having a great time walking through the museum, seeing a huge collection of rocks, and taking banned pictures of our baby on the display saddles. 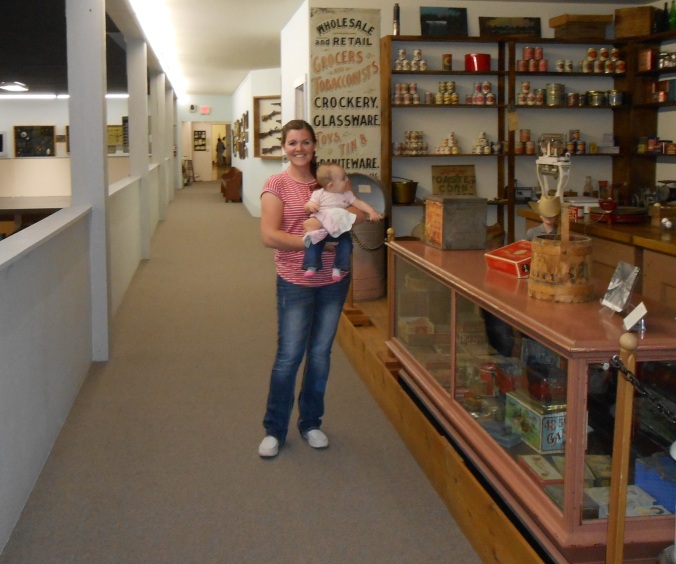 Clearly we aren’t the best museum patrons, but hey, Henley looks adorable on that baby saddle.  And she’s balancing all by herself! 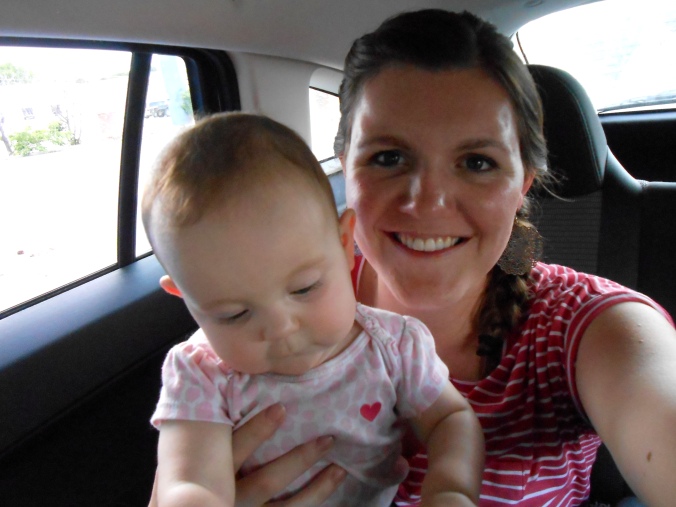 Taking selfies while waiting for Mr. Rancher to get us some water to drink, Henley doesn’t understand the concept of selfies yet.